Well, we all made it through another April Fool’s Day.

I personally think it is one of the strangest holidays ever invented. A day to make a fool of someone or to be made a fool of; I am not sure if we should celebrate either of those things. I personally hate feeling foolish. However, for the most part I have learned to understand that it is meant to bring us a measure of  laughter in a world that can be much too serious.

I have experienced and pulled off some really hilarious pranks in my day but the best way I see this day celebrated is in my brother’s family.

Each year on April 1st they all get together for a family meal, which in itself is not rare; however, it is in the way they eat this meal that makes it unique. Each member must wear a fun hat and then they each must choose what they will eat their meal with. They are not to choose a normal plate, spoon and cup but instead search the cupboards for items not usually meant to be used for eating the meal. It may be a cupcake tin for a plate and a spatula for a spoon. They can drink out of the measuring cup and use the straw for a fork. Anything in the kitchen is up for grabs no matter how foolish it seems. In fact the sillier the better. These meals have been described to me as the most enjoyable meal of the year.  As their kids and now grand-kids take part each year they have built a great family tradition that is full of love, joy and togetherness with a bit of foolishness mixed in.

These meals came back to mind last week after I awoke from a specific God-given dream.

In the dream I had entered a Master Chef’s kitchen to witness the making of a large pot of soup. I remembered being quite shocked as I noticed that the Chef had every drawer in the kitchen open and was using every utensil available to make the soup. I wondered why he was not using just the “soup making tools” because his method seemed unnecessary and very messy. I also remember feeling upset at the amount of clean up this would create. The Chef however was not concerned at all. He joyfully took me over to reveal the soup he had created. The pot, which still contained many of the utensils he was using, was almost ready.  It was then I noticed that the heat had been turned up and the soup had now started to boil down. In the dream I heard the phrase “what it all boils down to”. As I looked at what remained in the pot I saw only two elements: meat and red sauce. At that point I woke up.

Though I tend to have many dreams, God seems to quickly give me the meaning of the ones that are from Him. 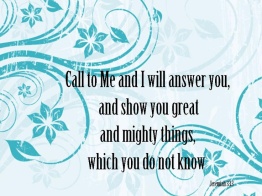 As I woke up and sought God the Father for the meaning of this dream I began to understand the point of each element. These prophetic pictures I receive in dreams are in direct answer to a prayer I often pray from Jeremiah 33:3.

The first element of the dream I understood was that God was revealing Himself as the Master Chef and that the soup He was making was His kingdom.

As the Chef in the dream was not limiting himself to only a few utensils, I was to learn through this parable that God is not limited in who he can and will use to accomplish that task. The Holy Spirit brought me to the verse in 1 Corinthians 1:27 which says that God’s choices are often viewed as foolish and weak.

I know that I have often felt too foolish and weak to be used by God in the building of His kingdom.

I can get so overly concerned about how “messy” my life is and how unusable I feel. I have the tendency to compare myself to those who clearly seem to be the “soup making tools”; the people that are obvious kingdom builders. Those who are great preachers and speakers and those who are using their gifts to reach thousands. I am quick to see my foolish, weak places and the limits of my sphere of influence while only looking at their wisdom, strength and vast outreach.

I believe God was communicating the truth that in His hands any one can and will be used to advance the Kingdom of Heaven.

He wanted to remind me that He pulls open every drawer and, like my brother’s family on April Fool’s Day, that no utensil is off limits. In fact it appears the more foolish and weak or even unclean the tool is the more He desires to use them. We can see this truth though out scripture. God chose David, the youngest son and a prostitute named Rahab. He chose Peter with his propensity to lie and Thomas who had a hard time believing. God chose to use a tax collector who humbly admitted how weak and foolish he was instead of the self-proclaiming Pharisee (Luke 18). Why did God chose those who seemed unfit for the job? Why does He chose me?

With these thoughts God led me back to the dream for the answer to the question “why?”

God showed me, in this visual illustration of the soup, what His kingdom “all boils down to”. In the dream all that remained of the soup was meat and red sauce and in that the Holy Spirit reminded me of a very unusual verse; one I had not had much understanding of.

I initially felt just as confused as the Jews Jesus was speaking to probably felt. As I sought clarity, however, I felt like God was telling me that it all boils down to Jesus. God’s kingdom boils down to the flesh and blood of Jesus offered to us when He died on the cross. When we accept that sacrifice and start to feed on Him in an intimate relationship we become the wise and strong kingdom building tool in God, the Master Chef’s hand. The truth is that the more a person is foolish and weak in themselves the more any wisdom and strength that comes out will be evidence that glorifies Jesus as the source.

Jesus in us is the reason the foolish and weak can shame the wise and strong. It is the power and wisdom of His flesh and blood that changes everything.

Each time he said, “My grace is all you need. My power works best in weakness.” So now I am glad to boast about my weaknesses, so that the power of Christ can work through me.
2 Corinthians 12:9

You too are a utensil God wants to use to build His kingdom no matter your foolish tendencies and weaknesses.

Those are the very reasons that you can be used because they will be evidence of the wisdom and power of Jesus.  You only have to make sure you are feeding on Him daily; that you make sure you remain hungry and thirsty for Him alone.

The Master Chef is pulling you and me out of the drawer today to stir up His kingdom on this earth.

You may be just the spatula God wants to use to spoon love into the lives of those nearest to you. Maybe you are the cupcake tin that will serve as the plate of mercy and grace someone is starving for.

The world needs the nourishment and satisfaction only Jesus can offer and you and I must continue to be so filled up with Him that we, in our foolish weakness, become the hands and feet or may I say “the measuring cup and straw” to a hurting, lost and dying world.