“Find out who you are and do it on purpose”

I recently came across this quote by Dolly Parton and instantly loved it. I feel like it sums up my life story or at least how it is turning out to be. Sadly, in the beginning of my life my quote would have been better summed up as saying “Find out who you are, hate it and try to be anything else.” I am pretty sure that this quote will not end up on the most inspirational list; although I have found that it reflects the feelings of many whose stories I hear.

You see, as I began to discover who I was, I was pretty sure it was not who I wanted to be.

Our enemy the devil, who knows he is the father of lies and the one who roams like a lion seeking who he may devour, does both those things on purpose. He quickly went to work feeding me most of the poisonous lies in his limited arsenal. You see, since Satan hates God and we carry God’s image in our uniqueness, he also hates us. He knows that in that uniqueness we carry the glory of God; this is the glory that the devil has always only wanted for himself.

As a young girl I sadly swallowed many of these lies hook, line and sinker even though I was being taught the truth. 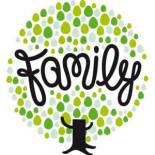 I am the youngest child, born into an incredible Christ-honoring family. My father was a peace-loving, kind man who loved Jesus greatly and others well. He was a man who served his family and community with honor. My mother is a Godly, strong and loving women who faithfully stood with my father as they raised us plus over 100 foster children for over 50 years. They both taught us the truths in God’s word and faithfully led us all to Jesus.

One of the truths they tried to teach me is that I am a beautiful daughter of the King of Kings. 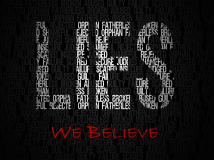 However, what I believed was the enemy’s lie that I was an ugly pauper. The problem with us faulty humans is that we tend to believe what we see and hear around us instead of what God makes clear in His word. So through the weighty and cruel words of a few of those closest to me I was convinced that my appearance was not as pleasing as I would have preferred. All of a sudden it seemed like my frame was too large and my shoulders too broad.  It was pointed out that my nose was too big and my eyes too small and this became great ammo for anyone that needed to make themselves feel better at my expense. Each time I looked in the mirror it only seemed to confirm that what they were all saying was true.

This devouring lie led me to much of my insecurity and self-hatred; and from those attitudes came many poor decisions that I regret to this day. 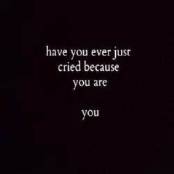 That is the terrible thing about lies, once believed they affect every area of our lives. Not only did I believe that I was ugly I also readily believed that because of that I had no value; therefore, my opinions did not matter. This is the attitude of someone who is referred to as pauper; a person who is the exact opposite of a child of the King. When you have a pauper mindset it will affect each and every decision you make.  This mindset made me desperate for acceptance and love; for someone to give me value and desire my opinions. The problem is there are a lot of people, damaged by the lies they have believed, who will offer these things simply to get what they want and not out of healthy motives. Because I became convinced that I had no value I became easy prey.

When a person becomes convinced that they have no value they do not expect others to value them.

This became a real problem in my life as I entered into my dating years. Because I had matured early and was, let’s say, well developed, I seemed to attract the boys that had one thing on their mind and it is the thing you are thinking.  I will admit my poor mindsets led me past some of the physical boundaries I knew to be okay; however, once I would not let them go where they wanted to they would quickly dump me for someone else.  Soon the rumor spread that I was not “that kind of girl” and the dates ceased. Though I was able to develop great friendships with the honorable boys they would all choose someone else to date; this served to confirm for me that I must be too ugly and of no value.

This pattern continued into college; either a guy would ask me out for the wrong motives or they would become my friend and date someone else.

I remember jokingly telling someone that if anyone dated me for more than two months they would be my husband. This self-proclaimed prophesy came true as I said yes to a proposal on our 3 month dating anniversary. I finally had found someone who wanted me, at least the “me” I had conformed myself to be for him. Since I wanted the love and acceptance he offered I quickly agreed to be his wife, putting aside many of the red flags that came up in our relationship. We married 5 months later and within the first year had our first child.

The thing about marriage is that the ability to keep on the mask you try to wear during dating goes away and the real you will start showing up.

As he discovered that I was not what he wanted and I found out that the love and affection I desired was conditional, the break down began. Since the foundation of our marriage was somewhat flawed the house we build was shaky at best and after 3 children and 16 years it tumbled to the ground. In the rubble I was left with another confirmation of the lie I had believed; I was unworthy and of no value. With my hopes and dreams destroyed I had only one place to return to. I started

to rebuild my life on the foundation of God’s truth my parents had installed years before.

God used some great friends, councilors and especially His word to help me renounce the lies I had believed. I started learning what it meant to be a daughter of the King of Kings; what it means to be royalty.

But you are a chosen people, a royal priesthood, a holy nation, God’s special possession, that you may declare the praises of him who called you out of darkness into his wonderful light. 1 Peter 2:9 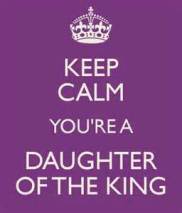 I have learned to let the power of God’s word have a greater affect on me than any voice of the enemy. When I am tempted to believe that I am ugly, God’s word says in Psalm 139:14 that, “I am fearfully and wonderfully made.” When that evil voice tries to convince me that I am of no value I turn away and hear God say in Psalm 17 that, “I am the apple of His eye.” and in Deuteronomy 7:6, that I am “His treasured possession.”

As my mindset changes, so do my decisions. I start acting more like the person God created me to be. 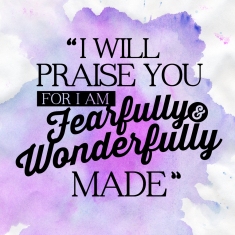 What surprised me the most is that I am really starting to love, even like that person; within each of my original features I am seeing purpose. I finally realized that I have been given a specific package by God in order to fulfill His specific plan and purpose.

I have learned that God gave me a specific personality type (INFP) which gives me a talent to communicate deeply with others. I find it easy to speak in metaphors and parables, and understand how to create symbols which share my ideas.

I know that I am a true idealist; that I am always looking for the hint of good in even the worst of people and events. I am always searching for ways to make things better.

When I accepted Jesus as my Lord and Savior at the age of 9 I was given the spiritual gift of exhortation. This means I have the ability to strengthen and encourage those who are wavering in their faith.  I am able to uplift and motivate others as well as challenge them towards spiritual growth and action.

I was also given the spiritual gift of prophecy. As I develop this gift I am able to make God’s heart known to others so they can experience His incredible love for them. This gift has given me sensitivity to the prompting of the Holy Spirit which then gives opportunity to draw both believers and unbelievers to God and His presence among them.

It still makes me sad that I lived so much of my life based on the enemy’s lies; believing that my package was damaged and always desiring the packages of those around me.  I can’t change that; however, I can start living by the truth from now on.The truth that I am a beautiful, valuable daughter of the King of Kings. A daughter He created and gifted for the purpose of His glory.

From now on I will know who I am and I will do my best to be it; on purpose!